Let’s be honest. Thinking about a budget isn’t exactly what most would consider fun, not only are they boring, but they can be hard to stick to. When people think about budgets, they tend to think about less. Less spending. Less fun. And less freedom. However, that wasn’t the case for one of GBM’s very own: Lauren.

Lauren is a recent college grad who found herself spending way too much money each week on her favorite treat…iced coffee. In fact, she was spending somewhere around $5 on just a single cup alone. We did the math and spending $5 a day (which wasn’t always the case because sometimes she has two) is around $35 a week…that’s $140 a month and looking into that even farther $1,680 a year! Needless to say, she was not okay with this.

Lauren found herself wondering where all her cash was going and knew it was time to get some help. She stumbled upon a social media ad for GBM and decided to join the movement. Once she joined, she was able to get in contact with a GBM Money Coach who helped her define her goals and gave her a tool in particular that helped her see how she was spending her money and what she could do to help her enjoy her treat, but also keep her budget balanced. 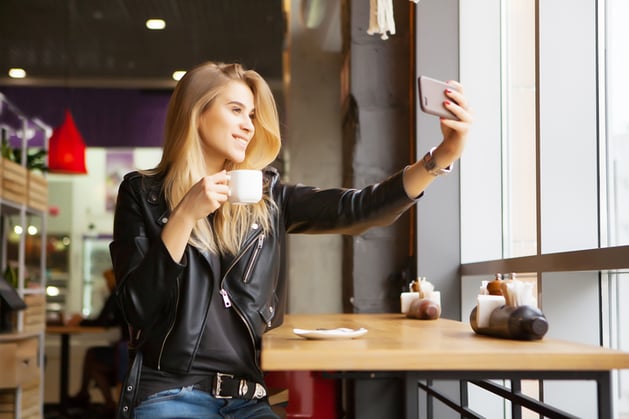 “They suggested I fill out a monthly budget planner and even though I was kind of not up for it, it was actually eye opening because I got to see a visual of how my money was being spent each month,” Lauren shared.

It’s helpful when creating a budget to list things out in order of importance. This creates a full picture of how much money you’re making each month and in what areas you may be spending too much, but it also helps you to identify your money goals like Lauren was able to do.

What we mean by starting in order of importance are things that can affect your well-being such as rent, auto, insurance, student loans and credit card payments. Once those are budgeted for, try allocating money for a different tier of expenses such as groceries, gas, toiletries and savings. With the remaining balance factor in, like Lauren, what’s important to you. Maybe it’s iced coffee or a steak dinner, but whatever it is set aside some money so you can enjoy it. If you need to break up expenses to pay bills with each portion of a paycheck don’t be afraid to do so, at the end of the day it’s supposed to be something that works for you.

Sticking to a Budget

“The hardest thing I’ve experienced with my budget is sticking to it, at the end of the day I think someone just has to want to stick to it for it to work,” says Lauren.

A budget can be a test to willpower, but if you struggle with that like so many of us do try out some of these tips that can help you stay on track when sticking to a budget.

If you’re a more visual person try plugging your numbers into a budget tracking app or monthly budget planner. These can be helpful to see how much you’re spending in real time and some of them even feature charts so you can identify any gaps in your spending as well. For example, if you’re spending the bulk of your budget eating out some of the apps show how much more you are spending compared to your budget and monthly income. It’s very helpful if you’re a person who doesn’t want to keep logging into bank accounts just to track spending.

Having separate accounts for bills and spending money can be helpful to avoid overspending when sticking to a budget. They’re pretty easy to set up too, most employers only require a direct deposit form detailing how much and where you want a portion of your paycheck to go. This helps to alleviate having to transfer money and are great for those who lack a little willpower!

We will be the first to admit, it’s very easy to break a budget when credit cards come into play. Swiping and not seeing a balance go down (like you would with a checking account) does not help a budget at all, but what does is leaving the credit card at home when you’re out with friends so you are not even tempted with the thought of “oh well, I’ll pay it back later.”

It’s time to start thinking about a budget as something that can give you more. More money. More savings. More doing. More freedom and more fun. If you feel like your paycheck isn’t extending out like you want it to, try a budget sheet and get a visual of your money. You might just be surprised by how much you can accomplish just by making a few tweaks in the budget.