Saving 101: As Told By A Young Single Dad

Young parents today are faced with many increased costs that aren’t just Disney. What about the cost of living? Feeding a child? Paying for their school? Doing that by yourself is not an easy task, especially at a time where you haven’t even fully matured in your career makes it even more difficult. If you struggle with all that by yourself, how are you expected to save money and pay for things like Disney, holidays, birthday parties, etc.? The good news is that it’s not impossible. 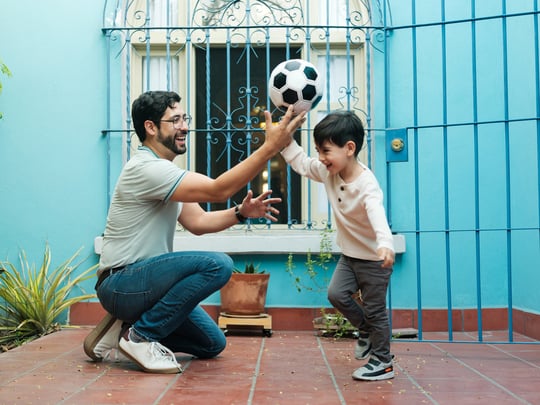 We interviewed Ivan, a young single dad who talked about what it’s like to juggle saving and being a young, single parent.

Q: What is it like, financially, to be a young, single parent?

Ivan: Hard. I think in general being a parent is expensive, but being a single parent is even more expensive. When there were two incomes I never worried about, “How am I going to pay for soccer?” or “Will we go on vacation this year?” But now I really pay attention to those things more because I don’t want my son to suffer.

Q: Do you feel like your son has ever suffered?

Ivan: It’s hard to admit this, but yeah. There’s been times I haven’t been able to make everything work.

Q: What has been the hardest thing financially, you’ve had to deal with being a single parent?

Ivan: Two things, racking up debt for my kid and having to say no to my kid because I’ve racked up debt.

Q: Can you explain that more to us?

Ivan: As a parent you want the world for your kids, but when you’re one person you can’t always do that. When his mom and I first split up I wasn’t really smart with my money so I would charge up my cards instead of learning how to manage money. There was a point where my cards got so charged up, I had to start saying no to my son because I just couldn’t afford things.

Ivan: I changed. I started to grow up and realized that this wasn’t ok for both him and myself and that’s when I started with Get Beyond Money.

How Get Beyond Money Helped a Young, Single Dad

Ivan’s main goal when meeting with a Get Beyond Money coach was to find ways he could live more comfortably in order to support his son. He wanted to get away from worrying how he was going to afford things that come up with children like paying for sports, throwing a birthday party and going on family vacation.

He and his Get Beyond Money coach talked it out and they decided together that Ivan needed a savings account. Nothing serious, but one where he could have a couple hundred to a couple thousand dollars as a cushion when he needed it. Ivan shared that he was nervous about being able to save money while having to pay off debt, but after looking over his monthly expenses they were able to determine some things he could do to help. These were the top things his GBM coach suggested:

Balance Transfer on His Credit Card

This was a big one. Ivan didn’t have an alarming amount of credit card debt, but enough where a balance transfer to a card that doesn’t have an introductory period would help so he could pay down the balance a bit and not have to worry about getting hit with interest fees each month.

Use Rewards on His Card Differently

Rewards on credit cards can be used for a variety of things. Ivan’s GBM coach suggested that instead of using the rewards for gift cards, instead use them as statement credits to help get that balance down, but only when the statement credit amount is worth more than the gift card dollar amount.

Jumpstart his Savings with a Challenge

Ivan’s GBM coach noticed he spent a lot of his money on multiple streaming services, multiple gym memberships and eating out multiple times a week. Just for 30 days he paused his services and ate out less times a week in order to save $10 a day so that in 30 days he could save $300. The challenge? Successful.

We ended our interview with Ivan by asking him what advice he would give to not only parents looking to save money, but young people in general? His words were, “If I can do it, you can do it and I even have a kid.”