Learn How This Girl Earns Rewards & Ditched a Monthly Fee

Meet Zoe. A young Miami girl, fresh out of college, working to make her mark in the community. She’s the kind of girl who enjoys yoga with her gal pals and kick starting her day with a fresh cup of tea. Enjoying her cozy apartment makes her happy, but enjoying her cozy apartment with those she knows best makes her even happier. She’s talented, she’s bubbly and she’s well put-together but not too long ago, underneath it all she was VERY frustrated.

You may ask yourself, why does someone who seems to have it all be so frustrated? Let’s find out. 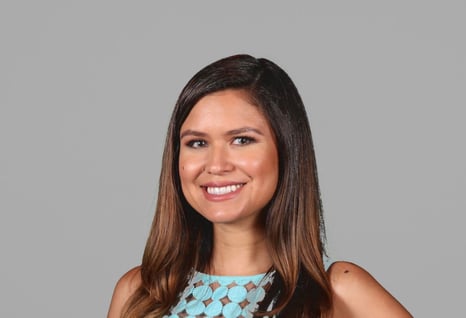 After graduating college Zoe moved back to her hometown to start her adult life. She began working for Boardroom PR as a Multimedia Specialist and even began picking up side gigs, like being the face of Get Beyond Money. Even Zoe herself has joined the community, taken the quiz and has used GBM resources for a “financial checkup.”

“When I was approached by Tropical Financial about Get Beyond Money, I instantly loved the idea!” Zoe explained. She told us that she had wished somewhere between high school and college someone would have taken the time to just explain finances in general. It wasn’t until she dove into the resources from GBM that her frustration was uncovered.

“Now settling into my adult life, as in paying bills, student loans and having to budget, I’m also hyper aware of my expenses.” Zoe told us. She uncovered that one of her goals was to eliminate all the “unnecessary” expenses she was paying each month. “I thought unnecessary expenses included things like an extra trip to the mall or one less tea in the morning for me, but Get Beyond Money helped me realize what unnecessary expenses really are,” said Zoe.

“I was so upset when I found out I was paying a monthly fee. I guess it’s just assumed that banks don’t charge you or that because you have direct deposit they automatically get rid of any fee, but that wasn’t the case,” said Zoe.

Very often as consumers, we aren’t aware of all the added fees we are paying for or that we could be saving on with products and services we use daily.

After some research Zoe got the idea from her resources that included a few tips to help alleviate some of the “unnecessary” expenses she was paying each month.

“I can’t begin to tell you how much I love my new account and the fact that instead of paying fees, I’m earning cash back. It’s a 10/10 from me,” Zoe shared.

Save on Subscription Fees

This one isn’t a secret, but it’s well worth it. Many companies are starting to partner with other subscription based companies to where if you have a service they’ll pay a year of the subscription service. Zoe’s used that idea to check with her cell phone carrier to see if that’s something she could save on. Long behold she was able to get a year of Disney+ for free through her phone carrier. She was also able to take this same idea and apply to a few other subscriptions she was paying for, like ChangEd. The monthly service fee is covered by her Tropical account since she connects her account to the app.

The Tropical team explained to Zoe that often times there’s things that are included in your auto financing that are also covered by your auto insurance. For example, one of the most common is GAP coverage. they also explained that many people aren’t aware that they pay for the coverage in two places and encouraged Zoe to see if she was included in those people. Zoe was able to go back in her auto paperwork and found that her lease agreement automatically included GAP coverage and was able to save money by removing GAP coverage from the extra place she was paying for it, through her insurance.

“Out of all the unnecessary fees I was paying for, the monthly service fee for my bank account really upset me the most,” Zoe shared. She explained that out of all the fees it’s the one that was easiest to get rid of and the one she should have been most aware all along because come on, how often do we all log into our accounts on our phones? She told us she felt like she should have been more aware of the charges and wonders why she was never aware of it all along.

However, despite her curiosity she’s now ditched that fee and turned that fee into rewards on all her purchases. Who said money can’t buy happiness?