How Budgeting Helped This Couple With High Rent in SoFlo

Just when you thought high rent in Florida couldn’t get any higher, think again. A lot of us have experienced this first hand and the question still remains, how do you juggle life in South Florida and the high rent payments?

It’s exhausting, feeling like you’re working only to pay rent. Then when you factor in other bills on top of it such as electric, water, groceries, student loans, car payments, credit cards…the list goes on. How are you supposed to get a grip on it all?

First and foremost, if you’re having a hard time juggling anything financially it doesn’t hurt to create a budget. Think of budgeting as the googling of finances. When you don’t know an answer to a question, what’s the first thing you do? Most likely, your answer was Google. The same concept works for finances.

This is what one of our GBM coaches taught a young couple, Nicole and Christian, who were struggling to juggle life and high rent in Florida. The young couple came in for a meeting to set goals in order to get ahead and the first order of business was creating better habits by creating and maintaining a monthly budget. 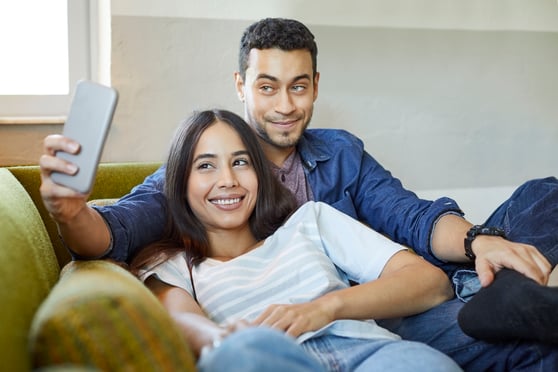 There’s many tools out there that can easily help in organizing finances into a monthly budget. When Nicole and Christian sat down with a GBM coach they helped the young couple visualize their expenses by writing it down on the Get Beyond Money Monthly Budget Planner. The good thing about this is that it’s versatile. You can write on it, you can download it and you can scan it, so you can use it traditionally and digitally.

Ever hear anyone say, “there’s an app for that!” The same applies for a monthly budget. Many banks and credit unions have budget features built right into their apps so you don’t even have to download anything extra and can plug your numbers in real-time. However, if you like options, you bet there’s tons of them out there, just find what works best for you.

How Sticking to a Budget Helped

Once Nicole and Christian were able to see their monthly budget as a whole they were able to identify some gaps in their spending. What do you get when you mix a young couple with good jobs and living in an urban area? Overspending is what you get. Well…that’s what they got.

There was no surprise that their eating out, entertainment, monthly subscriptions, gym memberships, etc. was starting to catch up to them not just their rent problem. The rent problem is real which is why their GBM coach made that a priority in their budget. They helped Nicole and Christian form their budget by starting with that expense first since it was the most important. From there, they added in their other expenses until they got to the ones that most people believe are less of a necessity like the movies and eating out.

Nicole and Christian decided to take their budget and stick to it for just a few months to compare it to their old way of spending, mainly to see does it help and is it really worth it? Here’s what they had to say:

“Sticking to the budget for just the short time that we did, really was worth it. We of course factored in our movies and eating out, but that’s the keyword we “factored” it instead of plain old eliminating it. Before we went rogue with our fun spending and that was really the reason we felt like rent was getting in the way. We can’t change the price of rent, we can only work with it and Get Beyond Money helped us do that” – Nicole and Christian.